Today I'm very lucky to be hosting for a fellow Beachwalk Babe on her very special virtual book tour for the whole of the Hot Bods series. So over to you, Lacey Wolfe! 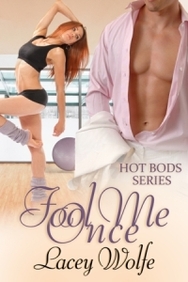 Fool me once, shame on you. Fool me twice…

Drew is the last person Skylar wanted to see across from her at a local bar. A month ago he’d wined and dined her all weekend, leaving her feeling fully in love, but then she awoke alone in an empty hotel room and she hadn’t heard from him since.

The weekend Drew spent with Skylar was phenomenal. There had never been anyone who made him feel as complete as she did. He shouldn’t have disappeared, he should have called, but his feelings for her scared him, so he distanced himself. But when he saw her again, he knew he couldn’t stay away any longer.

Skylar’s determined not to give Drew another chance to hurt her, but he’s just as determined to win her back. Although it won’t be easy, he’s up to the challenge, and he’s willing to do whatever it takes to accomplish his goal. 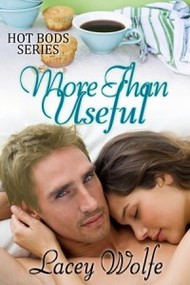 Can she settle for just a little fun?


Every Tuesday and Thursday morning Adam stops by Amy's bakery for one of her delicious muffins…and a little flirting. When he finally asks her out, Amy is thrilled.
Adam informs her from the beginning that he isn't looking for anything serious. Just a little fun. Amy agrees, even though she isn't entirely sure that's what she wants.


She does her best to play it cool, but Adam is sending so many mixed signals he's confusing her, which she finds incredibly frustrating.
Adam is terrified by the feelings he's developing for Amy. It would be so much easier if he just backed away from her. Then there's his sister, who is insisting that Amy is not the right girl for him.


Will Adam be able to figure out what his heart desires before it's too late and he loses his chance at true happiness? 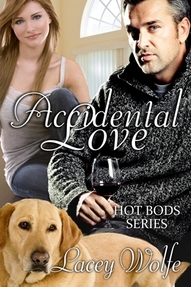 Has Jane accidentally fallen for the decoy?

Sometimes there is only one thing to do when you get dumped—make the ex jealous with someone new. Which is exactly what Jane plans to do with Ben, an older, handsome man who has agreed to act as her new love interest.
When Ben meets Toby, Jane's unruly dog, he offers to help her train him. But as Ben helps Jane gain control of her dog, he realizes he's lost control of his feelings, and he's beginning to fall for the much younger woman.
Suddenly, Jane can't seem to remember what she ever saw in her ex. All she can focus on is the way Ben makes her feel each time he kisses her. But now the ex has decided he wants her back, and he's willing to play dirty to make it happen.
Content Warning: Explicit sex
Buy Links: Amazon / Nook / Beachwalk Press / AllRomance /Bookstrand 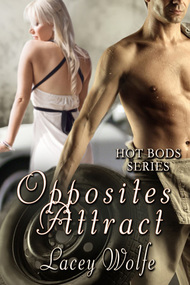 When Randy receives a call at his auto shop one night from a woman whose car has broken down and needs a tow, he never imagined he'd be coming face-to-face with his high school sweetheart. Randy has never loved a woman the way he loved Francesca, but she broke his heart, claiming he could never provide the life she was determined to have. That was years ago, but he's still bitter about the way she tossed him aside.
Seeing Randy again, Francesca realizes what a mistake it was to breakup with him. She'd like to try to rekindle the old flame, and she can tell he's still attracted to her too, but every time they're together, all they do is argue. Can she convince Randy she isn't the girl he remembers and that she can settle for love even if it comes without money?
Buy Links: Amazon / Nook / Beachwalk Press / All Romance / Bookstrand

My review of Accidental Love

I’m a big fan of this series, but Accidental Love was definitely my favourite so far. After getting her heart broken Jane and her friend come up with a plan to make her ex see what he’s missing. This plan happens to involve a hot older guy that Jane soon realises is much better for her than her ex ever was. What I love the most about this story is that right from the start you get a sense that the feelings that develop between the main characters are genuine, even though their relationship doesn’t start off in the most conventional way, they don’t mess each other around either, which makes you really care about them from the start. Lacey writes a very good older guy, he’s mature enough not to want to know what he wants and doesn’t have to play mind games, but he’s also very fun and down to earth. Jane is a very easy going, likeable girl who I think most women would find it easy to relate to. There are some hot scenes, and also some really funny moments. This book is sure to leave a smile on your face!

Lacey Wolfe has always had a passion for words, whether it’s getting lost in a book or writing her own. From the time she was a child she would slip away to write short stories about people she knew and fantasies she wished would happen. It has always been her dream to be a published author and with her two children now of school age, she finally has the time to work on making her dream come true.

Lacey lives in Georgia with her husband, son and daughter, their six cats and one black lab who rules the house.

For your chance to win a copy of any of the Hot Bods titles enter the giveaway below!

Follow the rest of the tour here http://www.tastybooktours.com/Hot-Bod-Series.html
Posted by Em at 07:00