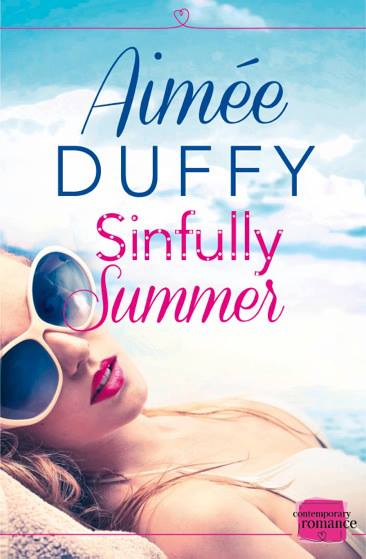 
Notorious heiress Alexa Green has certainly been enjoying her most recent girls-holiday in Marbella. Just as we thought, she’s been knocking back the cocktails and showing off her fabulous bikini body on the beach… but rumour has it she’s also been spotted sneaking out of Enrique Castillo’s penthouse in the early hours of this morning – in nothing but her underwear! Our question is, doesn’t this fiercely private billionaire know what he’s letting himself in for?

He’s got the millions… and she knows how to spend them! So lie back on your sun lounger and get comfortable, because this summer fling is going to be a sizzler!


Adrenaline roared through her veins. This was her only chance. Pushing away from the wall, she rounded the lift, desperately seeking an escape. She barely noticed the plush furnishings, soft-looking leather sofas and floor to ceiling window which showcased the most spectacular view she’d ever seen. Instead she focused on the walls surrounding the elevator.

The heavily accented voice froze her to the spot. She darted a glance toward the sound. Dark brows furrowed over the richest coloured eyes she’d seen. His gaze swept over the length of her body, then up, lingering on her rear for a beat too long. Her skin tingled under his scrutiny.

Turning her whole body to face him, she slapped a hand on her hip. ‘Had a good enough look?’

His lips quirked in a sexy, lopsided grin. The jitters were back and Alexa swore the temperature in the room shot up ten degrees. Her gaze dropped to his broad shoulders, covered in a thin white t-shirt, then down to a well filled chest. She could see a dark pattern beneath the t-shirt. She longed to find out what kind of tattoo he had. Usually, tats didn’t do it for her. But on that body…

‘I could ask you the same thing.’

She snapped her attention back to his face. He stepped toward her, his jaw set, his eyes dancing with humour and something darker…something that made her blood heat and her mouth water.

Alexa raised her arm, palm out. ‘Hold it there, Mr. Any closer and I’ll scream.’

He paused by the sofa. Propping his hip against the cream leather, he folded his arms across his chest, causing the muscles to bulge. The moisture drained from her mouth and flooded in her belly.

‘No one’s here to hear you.’ He cocked a brow. ‘You seem to be forgetting where you are and,’ his gaze dipped down to her breasts causing the nipples to peak against the lacy fabric ‘how underdressed.’

Alexa thought this moment would have topped the blush scale. She planted her other hand on her hip and glared at him, unwilling to show any weakness. ‘I’m just leaving.’

She turned and strode back to the lift, keeping her back straight and trying not to wiggle her hips too much. The predatory sheen in his eyes made her body more jittery than the idea of sprinting around the lower floor in her underwear. She reached out to hit the button, but a large hand circled her wrist before she made it.

Alexa squeaked and darted back a step. He was so close, and his chest was right in her face. She could see the dark outline of the tattoo beneath the thin cotton. The outline of a burning sun, she thought, or something that looked like a sun. Her hands itched to lift the material and see for herself.

She snapped her gaze back up to his smirking face and took another step back. His lips kicked up at the corners and his eyes darkened. She swallowed against the urge to step closer, to feel his hard body pressed against hers. But she realised she was in little more than her bra and knickers in a stranger’s home. Unease skittered down her spine.

‘After you explain what you’re doing in my home in your undergarments.’

‘Undergarments?’ Alexa pressed her lips together to keep a giggle at bay. ‘Seriously?’


All my life I’ve been dreaming up stories. My mum said when I was little I used to make all the My Little Pony figurines talk to each other, and even fall in love. Later, it was Barbie and Ken. In my teens, I played matchmaker with my friends at school.

When I wasn’t creating imaginary scenarios, I had my nose stuck in books, reading across genres and there was one thing I loved more than the escapism—the fact a story can touch me so deeply, like I was experiencing everything along with my characters. I knew from early on this was something I wanted to do for others.

Fast forward a few years, and the dream almost got lost in real life, but I still couldn’t shake it completely. Now I write sizzling romance with the hope of making my readers’ hearts race like they are falling in love for the first time.

Sinfully Summer sounds hot hot hot! So first of all, what made you choose the location?

I wanted to write a Spanish hero, and I knew the heroine was going to be wealthy. Where else do the rich and famous party in Spain? Marbella was the location that fit.
Alexa seems like a bit of a fiery character… is she like anybody you know?

She’s very independent, which is where her similarities end with me. Oh, maybe her love of shoes is the same too, except she can afford Jimmy Choos. The rest is her. She’s a force to be reckoned with!
And how about your hero, Enrique Castillo? Was he the kind of character who just popped into your head? He certainly sounds yummy!

Yes and no. I love a good tortured hero, and had two phases of his past to pull together before he could become the man appears on the page. Due to what happened to him, he’s very no-nonsense and clashes with Alexa. I think meeting her was the most life altering experience for him, and he’s had a few.
What inspired the story to begin with? Anything to do with your own holiday experiences? ;)

No comment ;o). A little yes, but none of mine were so wild. Honest.
A certain dare plays a big part in the beginning of the story, where do you stand on dares? Any stories you want to share?

It was a fun way to put her in a very awkward position, though Alexa being who she is, she doesn’t crumble. My friends and I used to play truth or dare to pass the time, often leading us into trouble, which was what inspired me.
What are some of your favourite things about the summer?

The sun (when we see it), barbeques, garden parties with cocktails flowing. Pretty much most of the things Alexa and her friends get up to.
Have you got a special holiday memory?

In Cancun I couldn’t get used to the time difference and was up most days at sunrise. It was better that way, the sun wasn’t so hot first thing in the morning. Our hotel was right beside the sea, so I’d go sunbathe and watch the dolphins play before everyone else was up. I’d go back in a heartbeat. Mexico is an amazing country.
What would be your perfect holiday? Don’t worry, I’m not expecting it to be half as crazy as Alexa’s!

Hehe. Actually I wouldn’t mind going to Marbella. When researching I was dying to jump on a plane. Still, I really want to explore Egypt. No idea if that would be a relaxing holiday, but it would be interesting.
And when you’re on holiday do you prefer…
Hot or cold? Hot please.
Sunbathing or sightseeing? Bit of both.
Reading or writing? Reading.
Shots or cocktails? Bit of both ;o)
Planned trips or seeing where you end up? I’d love to go on an open ended trip, just buying a plane ticket somewhere and moving along when I’ve had my fill.
Finally, where can my readers find you?