Whats A Girl To Do by Aimee Duffy 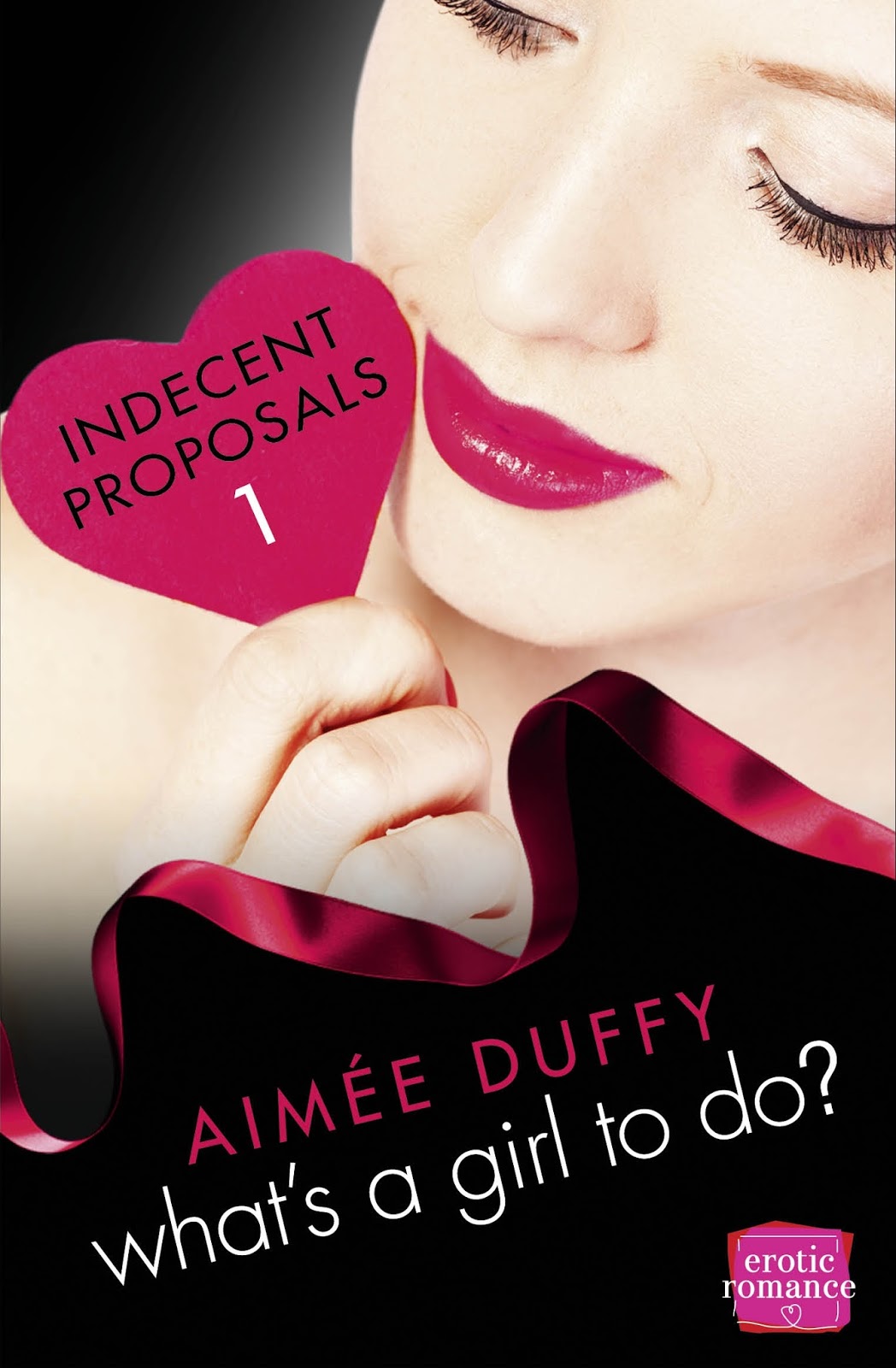 
'Then maybe you could return the favor now.'

'Slide your hand beneath your panties and tell me how ready you are for me.'


Single Manhattanite Shey Lopez doesn't do one night stands, or have relationships she can't control. Especially if giving in to playboy Calvin Jones means losing her heart in the process.

However, Mr Won't-Take-No-For-An-Answer always gets what he wants and there's only so many times a girl can resist such an enticing proposal...

‘I suppose you agree with her idiot boyfriend?’ Shey asked the stranger.

His lips twisted up at the corners and a sultry look darkened his eyes. ‘Hell no. I can think of better ways to entertain a lady.’

Mandy gasped, but was saved by the phone ringing. Shey didn’t have the same time to compose herself. She was lost in his gaze and that fiery burn scorching through her body. For the first time since she could remember, Shey couldn’t find her tongue. Those damn eyes messed with her head and she couldn’t break free from their spell if she tried.

He stepped closer and the burn intensified. She was so hot she wanted to rip the dress off and stand in front of an open freezer to cool down. Up close she could see a dark five o’clock shadow on his sculpted jaw. His throat was thick, just like his shoulders. The slightly crooked nose suggested he’d had it broken at some point in his life, but it didn’t deter from his harsh beauty. Shey was awestruck, and so turned on she thought she might come just from looking at him.

‘What’s your name, gorgeous?’ he asked.

The disinterest on his face made it seem like he was flirting out of habit rather than because he wanted to. Even still, there seemed to be a magnetic force between them, crackling in the air and sparking. Those eyes of his had darkened, contradicting his Mr. Cool Man front. No way was Shey going to make this easy for him.

‘Seriously? That the best line you’ve got?’ She forced a laugh, but it came out husky, damn it. ‘Next you’ll call my dad a thief for stealing the stars and putting them in my eyes.’

His brows shot up, but he composed himself in a heartbeat. With a smile, he leaned forward and brushed a kiss over her cheekbone. The spicy smell of him invaded her senses and her skin sizzled with the contact. Her body went hyperactive. Hands trembling, knees weakening and oh yeah, soaked right through her lacy thong. She had to get away from him before she did something crazy, like beg for those soft lips to touch her again.

‘Sweetheart, with you I don’t need any lines.’

Anger boiled through her veins, loosening his hold on her body. She didn’t even know his name and he had her salivating, for Christ’s sake. He was a cocky bastard, so sure he had her right where he wanted her, and the worst thing? He was absolutely right. Next time those lips touched her skin she’d be putty in his long-fingered hands.

‘It’ll take more than arrogance to win me over.’ Shey left the asshole unspoken. ‘I have somewhere to be.’ Without waiting for Mandy to get off the phone or for Mr. Cool to reply, she left the reception.

His voice trailed behind her. ‘I’ll see you soon, gorgeous.’


Yeah, big shot. In your dreams